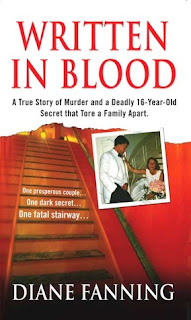 Having just re-watched "The Staircase" on Netflix and done a bit of reading here and there on various forums about the Michael Peterson case, I was pleasantly surprised by all the additional information I learned from Diane Fanning's book about the Kathleen Peterson murder case.

Although Ms. Fanning is definitely very much on the side of the prosecution and very sympathetic to Kathleen's family, she presents a lot of details I have never read elsewhere. "The Staircase" focuses so much on the blood evidence and the blow poke to the exclusion of anything else. But Fanning gives us details about Michael Peterson's temper (it says somethng about character or lack thereof based on the horrible way he treats his dogs), his stealing and lying about his military service, how he forged documents to give himself the Ratliff estate, and the way he treated the Ratliff girls as cash cows.

I do believe Michael Peterson killed Kathleen, and left her to suffer a painful death. Fanning makes an interesting point that Peterson is probably has Narcissistic personality disorder, which Wikipedia describes as a "personality disorder with a long-term pattern of abnormal behavior characterized by exaggerated feelings of self-importance, excessive need for admiration, and a lack of empathy."

In rewatching "The Staircase," you can't help but see Peterson's disregard for anyone but himself. 4 stars.