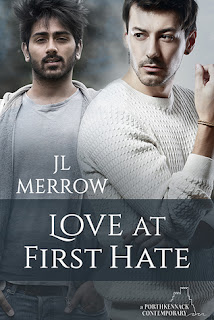 We first met Bran at the beginning of this series and the wealthy Roscarrock family has been an integral part of life in the small Cornish village of Porthkennack. Bran's story is told against the backdrop of an exhibit being prepared for his personal hero, Edward of Woodstock, also known as the Black Prince (the eldest son of Edward III). Like Bran, Edward faced a huge amount of responsibility at a young age and often had to make decisions that didn't exactly endear him to others. Sam Ferreira is hired to curate this exhibit and butts heads with Bran when he attempts to present a more balanced perspective.


I enjoyed the slower pace of this story as the plot flashes back to Bran's childhood and his relationship with his twin sister, distant and demanding father and sickly mother. It takes a while, but Bran himself slowly emerges from the facade of formality and arrogance that he uses to distance himself from his emotions and memories. And Sam, with his own issues and secrets, bit by bit finds a way into Bran's heart and their gentle chemistry is not so much sizzle, but rather satisfaction and completeness.

There is conflict and miscommunication, but Bran and Sam are two mature adults who find their way through their issues with a minimum of angst. The ending pulls everything together nicely and I left the book feeling this story was a nice addition to the Porthkennack series. 4 stars.