The Artist and the Soldier 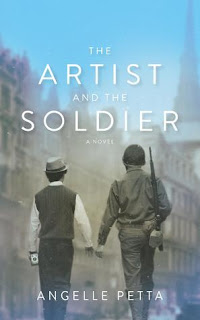 Title: The Artist and the Soldier

Being a history nut, this story is right in my wheelhouse and I am intrigued by the two relatively unknown historical events Petta brings to light. As youth, Bastian and Max meet at Camp Siegfried where, yes, like-minded German-Americans sent their boys to summer camp to be indoctrinated with Hitler's plans for Germany in a pseudo-military setting. The two boys form an unlikely friendship and begin exploring their feelings for one another only to separate on the cusp of WWII - Bastian enlisting in the army and Max returning to his family's ancestral roots in Rome and studying film.

They meet up again during the war in German-occupied Rome where Bastian is intelligence gathering and Max is involved in filming La Puerta del Cielo, a movie from Italian filmmaker Vittorio De Sica that employed hundreds of Jews to save them from the Germans.


I would give the plot of this book very high marks because of its originality, and the various actions scenes are well-done and very interesting to read. Where the story worked less successfully for me was in the love story. There's a lot of "tell" versus "show" and while I feel we learn a lot about the characters' backgrounds and actions, there is less in-depth emotional development of the characters and the dialogue is a bit stilted. In addition, a few plot points seemed ... odd

After Bastian and Max first have sex, upon their return to New York, Bastian then has sex with Max's mother the same day. Also, Bastian's sister Ilsa is a nurse, who just happens to find Bastian in Italy against all odds.

My rating is 3.5 stars and I think any reader who enjoys historical romance will want to take a look at this story.